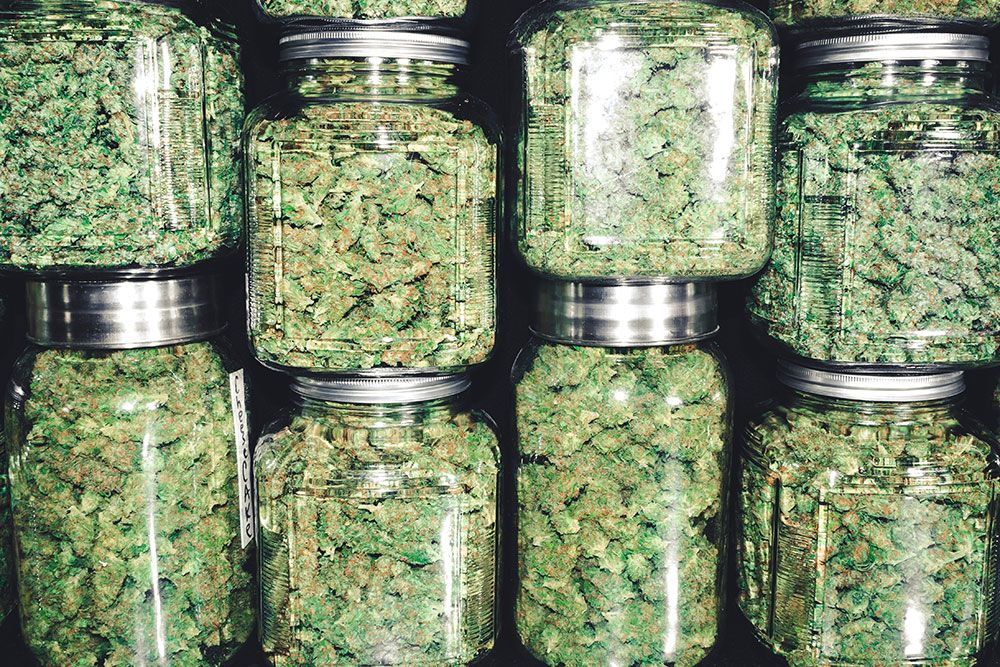 Every stoner’s favorite holiday is right around the corner. You guessed it: Thanksgiving! The smells and flavors of the upcoming holidays is enough
to warm even the coldest heart this season. But you know what tastes even better than pumpkin pie?

The taste of pumpkin pie after smoking a joint from Greeley Gallery. It’s basically a fact. Speaking of – who doesn’t love fun facts? They’re so…well… fun!

1. Shakespeare (probably) Toked Up!
Back in 2001, South African scientists found pipes in Stratford Upon Avon that date back 400 years. There were four pipes found in William Shakespeare’s garden that contain traces of cannabis. According to an article by the Independent, “Results of this study (including 24 pipe fragments) indicated cannabis in eight samples.” If you can remember any of Shakespeare’s plays, like the whimsical Midsummer Night’s Dream, it doesn’t feel too far-fetched to imagine his muse was good ol’ Mary Jane. What can you create with a little inspiration from your cannabis dispensary? Maybe you’ll be the next writer to change the world.

2. The Cannabis Plant Has Been a World-Wide Resource for Thousands of Years
Cannabis has been used for almost anything you can think of at some point in history, because cannabis is also the source of hemp. And hemp, is one
of our most universal materials. Throughout history, hemp has been used in everything from war to fashion. It’s even been used as a pain reliever and in making the rope for a hangman.

Not only does hemp have more uses than Vaseline, it’s basically a weed. The plant has had many nicknames throughout the world, but in 1753 Carl Linnaeus officially created the name Cannabis Sativa. In the book Marijuana by E.L. Abel, he describes cannabis,

“It needs little care to thrive. One need not talk to it, sing to it, or play soothing tranquil Brahms lullabies to coax it to grow. It is as vigorous as a weed. It is ubiquitous. It flourishes under nearly every possible climatic condition.”

Imagine cannabis plants popping up like dandelions throughout north Portland parks like Arbor Lodge. Man, that would be cool, though probably not for our business. Still, the thought is exciting.

3. Females Might Be More Sensitive and Build a Tolerance to THC Faster than Men

That’s right ladies, according to a study done by psychology professor Rebecca Craft, at Washington State University, female rats built a significantly higher tolerance to THC than their male counterparts after 10 days of treatment.

Most studies and clinical drug trials are done on men due to their stable hormones compared to the ever-fluctuating female hormone profile. Thankfully, Craft has been studying female’s sensitivities to drugs for years! According to Craft, the only area in which male rats seems to have more sensitivity is the “munchie effect,” according to studies done in California.

4. Two Thirds of Americans are in Favor of Legalizing Marijuana

A survey study done by the Pew Research Center shows our increase in public opinion. Only about one in ten still think weed shouldn’t be legal at all. That’s nothing compared to the ninety-one percent of adults who think it should be legal for medical or recreational reasons. This is pretty freaking cool (to us) because people held almost the exact opposite opinion just twenty years before!

With every marijuana dispensary in Portland, Oregon celebrates this victory – along with any pot shop allowed to be in business. Our independently
owned cannabis dispensary is thankful to provide you with the best quality weed for both medical and recreational purposes.

5. Cannabis was Used as a Truth Serum. You read that right.

Using weed on war prisoners was done as recently as World War II. The Central Intelligence Agency (CIA) sought out different ways they could use drugs during interrogation, including weed.

Although technically it was the Office of Strategic Services (OSS, which was overseen by the CIA). They laced prisoners’ cigarettes with the drug as a way to sneak it into their systems. While the results were promising for a while, it was ultimately discarded as a truth serum due to inconsistent results.

Why not combine fun facts with your pumpkin pie! Make sure to stop by your local marijuana dispensary in Portland to stock up before the big night.
It’ll be here sooner than you think! Greeley Gallery is located in north Portland and our staff would be happy to help you choose the perfect strain for you.

How to Roll A Joint

Today’s Cannabis Question: to Dab or Not to Dab