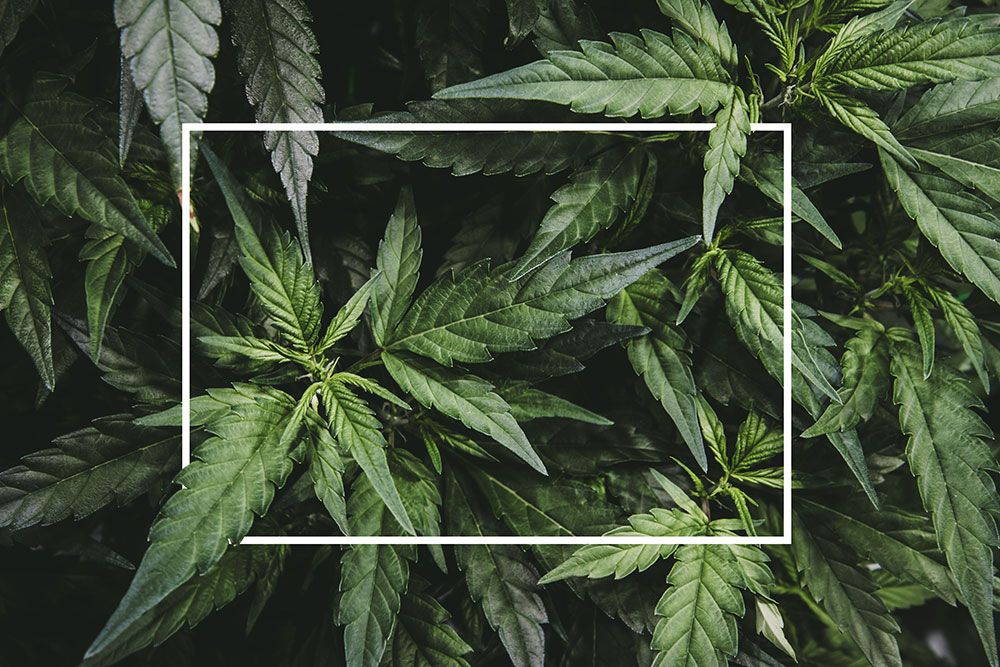 Chris Ball grew up with a pretty normal childhood in South Central Los Angeles, in the quiet suburb of Rowland Heights. At a young age of only eight-years-old, Ball had his is first exposure to Cannabis – even though he wasn’t aware of what it was at the time. He began to notice that his father would retire to the couch after dinner, grab a rolling tray, twist up and enjoy a funny skunk-like smelling cigarette, while his mother would enjoy a nice glass of wine to unwind from the day.

He would smell the same funny smelling cigarette and watch his uncles, cousins, aunts and even grandparents partake every once in a while at family functions.

As he got older, he came to understand what the substance was, but was left perplexed by the seemingly opposite paradigms that were being presented to him. On one hand, the Regan administration was pushing the “Just Say No” campaign, spreading the message that drugs – including cannabis – were bad for you, and to reject experimenting with any and all substances. On the other hand, his real world experiences showed him that was not the case none whatsoever.

The Ball Family would always score their herb from Chris’ cousin Earl and eventually, Ball connected the dots and the foundations of his enthusiasm for the cannabis business began to take shape. His cousin Earl always had the newest kicks, the freshest fits and was styling a sweet ride – and Ball realized this was a result of selling weed. He got his first ounce from cousin Earl at 16 and got to work learning the trade.

Dabbling in the weed game was fun and mildly lucrative for him, but Ball had big dreams, and his innate athleticism drove him to pursue a professional football career. He used his earning from dealing to fund his basic needs and schooling at Mt San Antonio Community College, where he was able to earn a full ride scholarship to UC Berkeley to play football.

A GROWING PASSION FOR THE PLANT

Once at UC Berkeley, he stopped hustling weed on the side as it was no longer a necessity.

The scholarships provided the support he needed to focus on going pro, and Ball’s sights were set on the NFL. After he graduated, he was recruited to join training camp with the 49ers, but was cut before making the final roster.

Instead, he caught the attention of some CFL scouts and wound up landing a contract to play professionally in Canada. It was there that Ball would be bitten by the cultivation bug.

“Before then, I was just a middle man, you know? I just got weed and then I sold it and made a couple of extra bucks.”

A girlfriend of his best friend on the team had a brother who was a grower in Vancouver, and the three made several visits to go and gawk at his garden. Once Ball discovered the per pound cultivation cost, he knew instantly there were amazing margins to work with, so he could buy in Canada and sell in Los Angeles.

It turns out being from LA and working for the Canadian Football League would provide the perfect cover for Ball to transport product from Vancouver to Southern California without raising any eyebrows. Establishing this route in 2003 or 2004, he gained popularity in the LA scene quickly because he could undercut the rest of the market’s prices – thanks to the enhanced margins he was working with.

For over five years, Ball ran Canadian packs down West Coast to LA. Here he was building a name for himself in the scene, as well as a substantial network, all while gaining boots-on-the-ground experiences and learning invaluable lessons. What began as a means to simply provide for himself and support his passion for football had ultimately altered his life path in a major way, becoming his new passion.

Then suddenly, everything came to a screeching halt in 2010, when Ball was arrested and indicted on federal racketeering charges. The move came shortly after Ball began working with a new business partner who, as it turns out, was being watched by the feds. In the long run, Ball would find out that this business partner was working for El Chapo. Yes, that El Chapo. About six months after meeting this new business partner, the authorities swooped in and arrested Ball, charging him and 13 others with violating the RICO act. Chris was looking at up to 10 years of prison time.

Fortunately, Ball was able to afford a good attorney who was able to get him an accurate idea of what they had against him.

With it being his first offense and the minimal amount of evidence they had against him personally in the case, Ball and his lawyer worked a plea bargain for 30 months for admitting to his part in the illegal trafficking activity.

His lawyer also worked to get him bail and won an appeal to keep Ball from having to serve his 30 months sentence until the trial was over.

The other defendants would fight their cases and trials, lasting about four years before coming to a close. During this time, Ball lived life on the up-and-up and kept his nose clean, working corporate retail jobs and paying taxes.

As the case wrapped up and it was time for Ball to face sentencing for his 30 month bid, his lawyer came to bat for him yet again and argued that the main target of the investigation and indictment was handed a five year sentence; whereas Ball, a first time offender, was handed nearly three years and for the last four years had been a gainfully employed, tax paying and law abiding citizen. The judge gave Ball ‘time served’ and in 2014 he walked out of the courtroom a free man.

BACK ON THE HORSE

There is no doubt that Ball has deep passion for the plant. Within a matter of weeks of narrowly avoiding a multi-year prison sentence stemming from his involvement “pushing the pack” he was filling a 14 light grow room with plants and flipping on the lights to take his first shot at growing cannabis himself.

Shortly after the trial was finished, Ball went to collect on an owed debt from a former business associate. He ended up accepting the grow in place of the money that was owed to him and it was off to the races. Granted, it wasn’t without dealing with growing’s steep learning curve that he was able to produce anything of value with the grow. “I burnt up plants for a good two years not knowing what I was doing,” he explained, “But the more you grow, the more you know, the more you ask for help. And you meet people – I met a couple cool cats that were willing to come in and split some equity with me and teach me the ropes.” In the same year his trial was finished – and despite crystal clear warnings by the judge that any cannabis related conviction would have Ball going straight to jail – he had new partners and was taking steps towards vertically integrating his business with his new cultivation facility. From 2015 to 2016, he refined his cultivation skills and really learned the ins and outs of production. By 2017, Ball had gotten wind of Los Angeles’ equity program and realized he qualified.

In January of 2018, California legalized Cannabis and by December of that same time, Ball received an Adult-Use production license from the state.

GROWING PAINS OF A NASCENT INDUSTRY

Despite Ball’s good fortune to learn of Los Angeles’ equity program early on and obtain licensure in the first year of California recreational legality, he had no qualms vocalizing his disappointment with the way the system currently functions. “I won’t lie to you,” he says when asked about how the program help him with the process, “They granted me the license and then that was that it. It would be the equivalent of you getting a football scholarship and then they don’t pay for your housing, they give you no money for books, they give you no money for food, they give you no tutors – they just say you can come to the school.”

From Ball’s perspective, the system may lower the barrier of entry for applicants to enter the industry, but it does nothing to support newly licensed operators who are forced to overcome a nightmarishly steep learning curve to stay in business. Had Ball not had years of experience in growing and a substantial network from his prior distribution efforts – learning the tough lessons that come along with being successful in the illicit cannabis market during that time – he would have never made it into the legal market with a legitimate, licensed and state recognized business.

“There needs to be some money, some help and some consulting behind the scholarship of the license,” says Ball.

Despite an incredibly thorough 75+ page report analyzing potential barriers that may prevent social equity applicants from equitable access to the legal Cannabis industry – along with opportunities to overcome these barriers commissioned by Los Angeles before California legalized in 2018 and having received over $7.8 million in funding since October of 2019 – complicated issues remain. Here Ball’s real world experience and the overall lack of diversity in the space indicate the need for further investment into the development of the structure of the industry’s equity programs not just in Los Angeles, but across California.

Oregon’s Recreational Marijuana By the Numbers