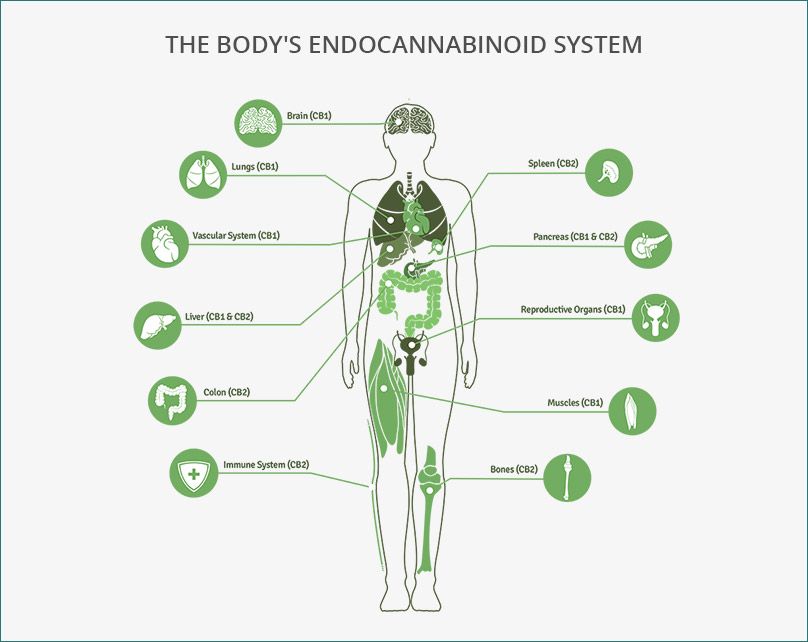 Cannabinoids are the naturally occurring compounds found in cannabis. Cannabinoids are partly responsible for the wide array of medicinal and psychoactive effects cannabis may provide. Currently there are over 110 known cannabinoids with more likely to be discovered as studies continue, but today were going to talk about CBN and THCA.

Cannabinoids interact with human physiology through the endocannabiniod system the set of receptors that function to regulate health and promote homeostasis throughout the body. The endocannabinoid system has two primary receptors the CB1 and CB2, the CB1 receptor binds the brain and the nervous system. While the CB2 receptor interacts with the immune system, each cannabinoid holds unique characteristics of their own that are worth noting in order to maximize the effects from medicating with cannabis.

It’s considered a mildly psychoactive cannabinoid often described as creating a sedative effect, known as a “couch lock.” CBN is potentially effective for combating pain and inflammation, bone health controlling convulsant behavior, lowering blood pressure and treating skin conditions. But CBN is best know for inducing a good nights sleep, fun fact about CBN when THC oxidized the degradation process converts the THC to CBN. So if you have old weed laying around from last summer hold on to it for when you need catch up on some ZZZ’s.

Which Strains are best known to have high CBN Percentages?

Blue Blood Indica dominant hybrid which we currently have on the shelf here at Greeley Gallery.

What is THCA? Say hello to the other THC……THCA is a predominant compound in some cannabis strains. Before it’s heated and turns into THC, it’s completely non-psychoactive, which means that it doesn’t alter consciousness or make you high. THCA is still in its infancy as far as our studies and research however. What we know so far is that it has anti-inflammatory and neuroprotective properties, making it a possible candidate for treating conditions ranging from autoimmune diseases to Alzheimer’s and Parkinson’s. It can also help to calm the stomach, so it’s good for treating nausea and appetite loss.

One study shows that THCA can be extremely helpful when it comes to treating various seizures and epilepsy. Now the best way to get this wonderful cannabinoid into your body is to actually trim raw cannabis buds and juicing THCA as a smoothie. Its really simple just toss a couple of nugs (or leaves) into your blender add in any of your favorite fruits or veggies blend and viola! Now you have a potent super-theraputic, non-psychoactive cannabis drink ready for at your disposal.

How to Have Great Sex While High

Hemp vs Plastic, Which One is Better?