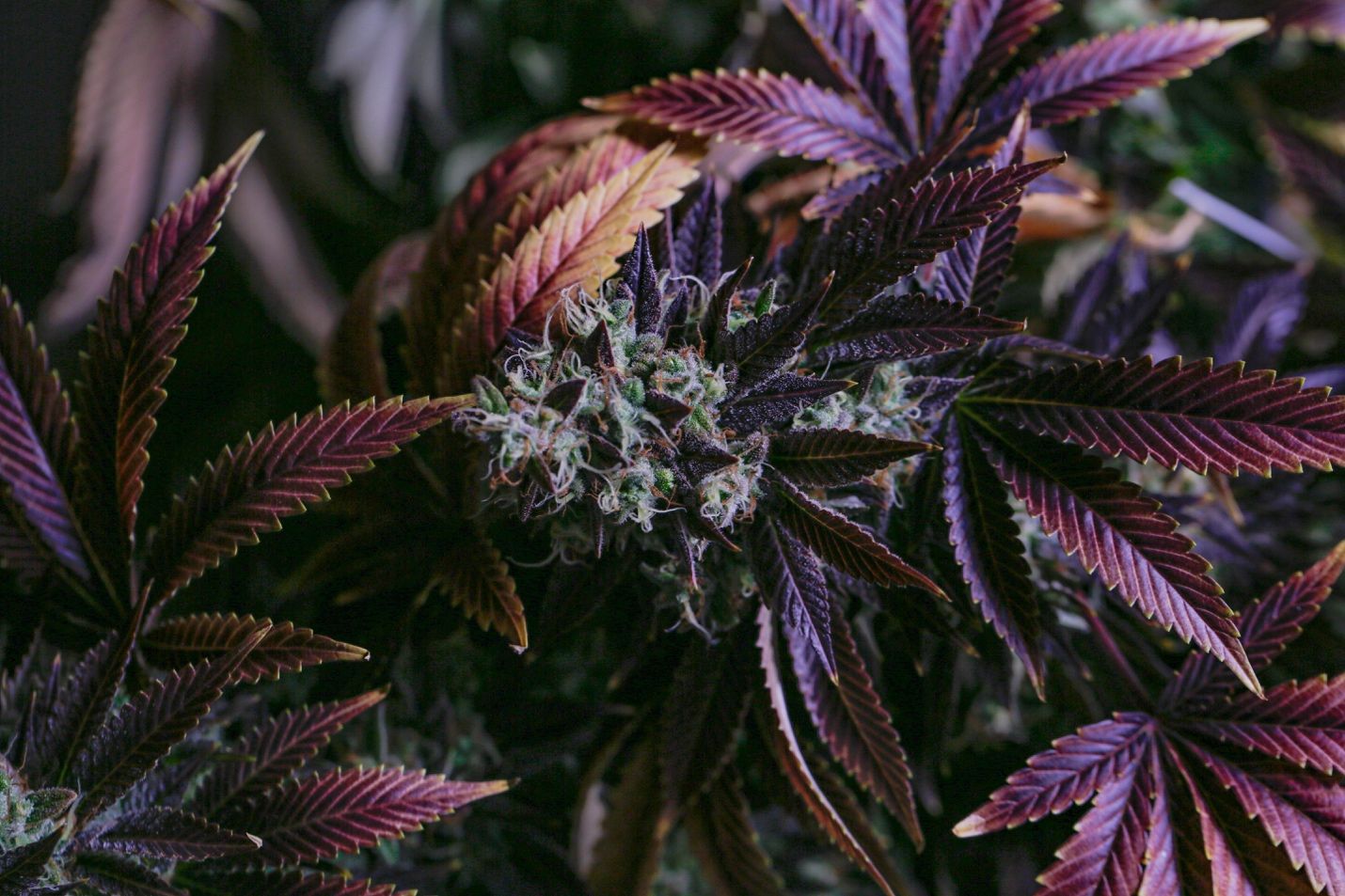 There’s just something about purple weed that inspires a Cheshire grin upon the face of any customer. The rich violet and bubbling emerald buds with an almost lavender dusting causes everyone’s eyes to grow wide with wonder. They smell its aroma like a wine connoisseur and ask, “what’s this?”

At our marijuana dispensary in North Portland, Greeley Gallery, we can hardly blame them. Purple cannabis flower stands out from the typical green coloring of marijuana which makes it seem elusive, and better than the rest. But is it?

Cannabinoids such as THC and CBD are the most well-known and studied part of a cannabis plant. They’re what causes the psychoactive and therapeutic effects. But there’s another part of the plant called Flavonoids which is what you can thank for the purple coloring.

Flavonoids have plenty of responsibility. Not only does it help protect the marijuana plant from harmful UV rays, pests, and disease, but it’s also responsible for the pigment.

Specifically, a Flavonoid called anthocyanin is responsible for the rich royal purples within some weed. It’s also to thank for the rich reds in raspberries and the blue in blueberries.

Leaves on trees don’t stay green year-round, and neither do cannabis plants. In a natural environment, the purple coloring would signal the plant preparing for colder temperatures. However, due to the popularity of the pigment among consumers and since most cannabis that’s sold is grown by humans, there are plenty of growers who purposefully breed strains with the anthocyanin flavonoid.

Is Purple Marijuana Stronger than Green?

We’re conditioned to assume that different is either better, or dangerous. Seeing as purple cannabis is sold regularly by marijuana dispensaries (including Greeley Gallery) you can probably assume it’s not dangerous.

So Does Weed Color Matter at All?

The short answer is, nope! Just like people, what we look like on the outside doesn’t matter nearly as much as what’s on the inside. Marijuana is the same.

Don’t get us wrong, it’s always fun to pull out a gorgeous crystallized nug and it’s worth showing it off to your friends, but don’t assume it’s increased beauty will increase your high as well.

The truth is, if you want to know how to spot the best weed, it’s not its appearance that you should critique. The dankest weed will reveal itself through its texture and smell. Buds with a little give, a light sugary coating, and the aroma of an elevated forest means you’re in for a treat.

Here at Greeley Gallery, we pride ourselves on providing only the top-quality marijuana in north Portland. We’re located in the Arbor Lodge neighborhood close to University Park.

We offer the best cannabis flower, edibles, infused drinks, and more. Including the elusive purple cannabis flower. Though, since we know the coloring doesn’t dictate superiority, we can’t guarantee it will always be in stock. What we can promise is to answer any questions you have and to offer only the best bud possible.

Need a Healthy Way To get High?