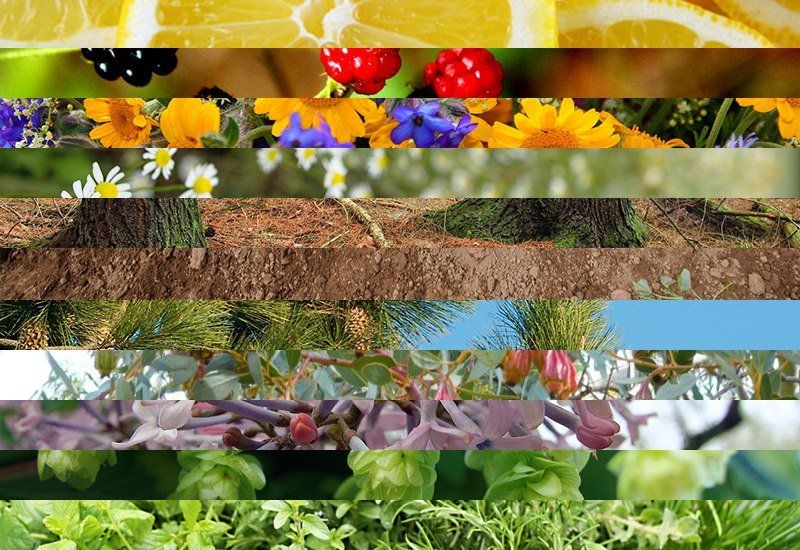 Flavor / Aroma – Citrus.
Medicinal Uses – Limonene can be used to help promote weight loss, prevent and treat cancer, and treat bronchitis. It can also be used to make ointments and medicinal creams that penetrate the skin better.
Strain – Perhaps you know Super Lemon Haze gets it’s name partially from the aroma, but did you know the smell is present because it contain’s Limonene?

Flavor / Aroma – Earthy and musky with a hint of fruity flavors.
Medicinal Uses – Myrcene has been shown to be an effective anti inflammatory. It also works as a sedative and muscle relaxer. This could possible contribute to the tired/stoney feeling often attributed to indicas.
Strain – A Swiss study found that most of the strains they tested contains high levels of myrcene. One strain they tested, Lovrin 110, contained over 65% myrcene.

Flavor / Aroma – Floral with a hint of spice. In addition to cannabis, linalool can be found in an array of flowers,mint, cinnamon, and even some fungi.
Medicinal Uses – Can be used as an anti inflammatory. It also helps to modulate motor movements. Another study found that Linalool could be used to help treat liver cancer.
Strain – A lab tested sample of Amnesia Haze showed slightly over 1% linalool.

Flavor / Aroma – Floral. Alpha bisabolol is also found in chamomile.
Medicinal Uses – Can be used to heal wounds, fights bacteria, and can be used a deodorizer. Research suggests alpha bisabolol has been effective in treating a variety of inflammations.
Strain – The Werc Shop analyzed a strain called ‘Oracle’ and found high levels of alpha bisabolol.

Flavor / Aroma – Piney / earthy.
Medicinal Uses – Studies have found Delta 3 Carene to be an effective anti inflammatory. It is also known to dry fluids like tears, running noses, and menstrual flows.
Strain – A research study examined 162 marijuana plants, which represented over 80 strains. They detected carene in many of the samples.

Flavor / Aroma – Pine. This is, of course, partially where pine trees get their scent from.
Medicinal Uses – Pinene has been shown to have anti-inflammatory properties.
Strain – One study examined 16 marijuana plants and found all the strains contained notable amounts of alpha-pinene and beta-pinene.

Flavor / Aroma – Spicy. Eucalyptol is used as a cooking spice and fragrance.
Medicinal Uses – Eucalyptol is used in a variety of products including cough suppressants, mouthwash, and body powder.
Strain – Some cannabis strains contain eucalyptol, however, it is typically in very small amounts. An analysis of super silver haze showed .06% eucalyptol.

How to Re-Hydrate Dry Cannabis Buds